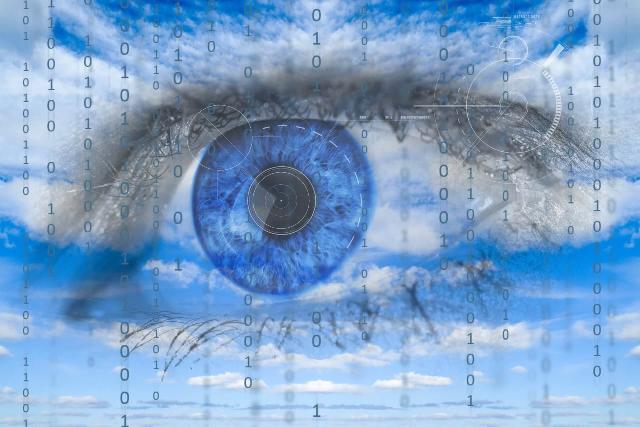 Observability is a critical aspect of operating any system, exposing its inner workings, and facilitating the detection and resolution of problems. Monitoring tools serve as the first and most basic layer in system observability. In Elasticsearch, the search engine that powers so many of today’s applications, reliable monitoring is an absolute must and is the primary building block of a successful operation.

Elasticsearch infrastructure can be quite complex, requiring the monitoring of many performance parameters that are often interlinked. These include memory, CPU, cluster health, node availability, indexing rates, and JVM metrics (e.g., heap usage, pool size, and garbage collection). There are multiple open-source monitoring tools available for Elasticsearch, each with its advantages and limitations. While these tools can be extremely useful, as operations scale, it is common to encounter issues that aren’t easily resolved with the standard tools.

This blog post will explore four popular open-source tools for Elasticsearch tracking, their defining features, and their key differences. It will also explain where such standard monitoring tools are lacking and how Opster can help you achieve optimal Elasticsearch performance.

ElasticHQ is an open-source application featuring a user-friendly interface to manage and monitor Elasticsearch clusters. The tool was almost single-handedly developed by Roy Russo as an impressive personal project intended to help Elasticsearch users.

ElasticHQ is available as a Python-based project on GitHub, where it received 4.3K stars, or as a Docker Image on Docker Hub, with over one million downloads. It is easy to install and supports all major versions of Elasticsearch. Its UI provides access to all the statistics exposed by Elasticsearch and offers both querying capabilities and a selection of pre-designed charts. This allows users to monitor clusters, nodes, indices, shards, and important cluster metrics.

ElasticHQ also grants users some degree of control over Elasticsearch operations, including the ability to maintain and reindex indices, copy mapping, perform diagnostics, and more.

Despite the many advantages ElasticHQ offers, the project still has a relatively small number of contributors, leading to a slower release cycle and the lack of certain capabilities. For example, the tool doesn’t support alerts, and its charts lack flexibility. Another obvious disadvantage is that ElasticHQ doesn’t support the collection and analysis of logs, which often contain important information and warnings. However, this is not unique to ElasticHQ, as we’ll discuss in the following sections.

An open-source MIT-licensed web admin tool, Cerebro enables Elasticsearch users to monitor and manipulate indexes and nodes, while also providing an overall view of cluster health. It has over a million downloads on Docker and 30 stars on GitHub. Cerebro is similar to Kopf, an older monitoring tool that was installed as a plugin on earlier Elasticsearch versions. When web applications could no longer run as plugins on Elasticsearch, Kopf was discontinued and replaced by Cerebro, a standalone application with similar capabilities and UI.

Built with Scala, AngularJS, Framework, and Bootstrap, Cerebro can be set up easily, in just a few steps. It also boasts built-in capabilities to conveniently track and oversee operations in Elasticsearch, including resyncing corrupted shards to another node, a dashboard showing the replication process in real-time, configuring backup using snapshots, and activating a selected index with a single click.

As with ElasticHQ, the Cerebro community is relatively small, resulting in less frequent updates and fewer features. Its documentation is sparse and, like ElasticHQ, it doesn’t support data from logs. In addition, while it is an excellent tool for tracking real-time processes, Cerebro does not provide graphs with historic/time-based node statistics and, thus, doesn’t offer anomaly detection or troubleshooting capabilities.

Prometheus is a powerful metric-collection system capable of scraping metrics from Elasticsearch. Grafana is a tool that, when coupled with Prometheus, can be used to visualize Elasticsearch data. Both Prometheus and Grafana have larger communities and more contributors than ElasticHQ and Cerebro and, therefore, provide more features and capabilities. Prometheus and Grafana have 28.1K stars and 32.5k stars on GitHub respectively, and both have over 10 million downloads on Docker.

Able to display data over long periods of time, Grafana features versatile visual capabilities, including flexible charts, heat maps, tables, and graphs. It also provides built-in dashboards that can display information taken from multiple data sources. There are a large number of ready-made dashboards created by the Grafana community, which can be imported and used in your environment. For example, Grafana’s Elastcisearch time-based graphs can display meaningful statistics on nodes. These capabilities make Grafana a good solution for visualizing and analyzing metrics, enabling users to add conditional rules to dashboard panels that can trigger notifications.

Elastic provides monitoring features that oversee the performance of the entire Elastic Stack, including Elasticsearch, Kibana, Beats, and Logstash. Like Prometheus and Grafana, Elastic also has large user and contributor communities.

Kibana offers a collection of dashboards to help monitor and optimize the entire Elastic Stack. It can handle log data and features a rich array of dynamic visualization options that can be easily changed and filtered. These include pie charts, line charts, tables, geographical maps, and markdown visualizations, which can all be combined into dashboards. Kibana can also be used to search for a specific event within the data and can facilitate diagnostics and root-cause analysis.

One of the downsides of Kibana’s open-source version (OSS) is its lack of out-of-the-box alerting features. And though upgrading to Elastic X-Pack will provide the alerting functionality, you will still need to configure the alerts yourself.

So Which Tool Should You Choose?

Before you go straight for the monitoring tool with the greatest functionality, there are a few things to consider.

First, ElasticHQ and Cerebro were specifically designed for Elasticsearch and are easy to set up and operate. Second, as generic monitoring tools, Prometheus and Grafana enable you to monitor everything, but they aren’t tailored to Elasticsearch specifically.

This can be quite limiting. Although users can plot many different kinds of graphs in Grafana, they cannot display which nodes are connected to the cluster and which have been disconnected. In addition, Grafana does not support an index or shard view, making it impossible to see where shards are located or to track the progress of shard relocation. Last, while Elastic comes with advanced monitoring capabilities, setup and operation is more labor intensive and requires greater expertise than the other options.

When it comes to Elasticsearch, even with reliable monitoring tools in place, you may still encounter sudden, unexpected, and serious downtime episodes. Let’s take a closer look at why this is the case.

There are several reasons monitoring tools alone aren’t enough. For starters, it’s bad practice to install a monitoring tool and forget about it. Rather, you should keep up with the latest configuration guidelines and best practices and know how to implement them correctly.

Second, choosing which metrics to monitor and knowing how to analyze them is no small feat, as Elasticsearch infrastructure can become quite complex. With so many metrics interacting with each other, even the smallest change can adversely impact performance. A monitoring tool may indicate you’ve run out of memory, for example, but this information alone isn’t enough to identify the underlying cause, let alone to resolve the issue and prevent recurrence.

Also, while traditional commercial monitoring tools are useful for event correlation and providing alerts, they still lack the capabilities needed to truly get to the bottom of your Elasticsearch issues. Despite claims of providing root-cause analysis, these solutions generally provide basic event correlation analysis while failing to identify the root cause, which is critical for forecasting and avoiding future issues.

Elasticsearch performance is crucial, especially as operations scale or when applications that affect end users are on the line. Successfully operating Elasticsearch requires much more than improved monitoring and alerts: Teams must have access to tools with advanced prediction and problem-solving capabilities in order to tackle the complicated issues that may arise.

How Opster Goes Beyond Monitoring

Offering management capabilities, troubleshooting, root-cause analysis, and prevention, Opster is the ideal solution for those looking to optimize and stabilize Elasticsearch performance. Some key features include:

Proactive monitoring: This is the basic layer in Opster’s solution that’s needed to operate Elasticsearch successfully. Carefully tuned dashboards and visualizations that indicate where your attention is required and what’s needed along with real-time alerts that provide actionable insights

Incident forecasting: Opster continuously scans and analyzes metrics to predict incidents before they occur, including nodes disconnecting and collapsing clusters.

Resolution wizard: The wizard identifies the root causes of Elasticsearch issues and provides recommendations and solutions for quick resolution.

Workload balancer: This feature optimizes cluster performance and uptime by prioritizing the workloads. It provides the user with visibility into the system, giving a clear view of what the Elasticsearch deployment is doing and how to prioritize it.

Ensuring visibility is critical for successfully managing complex systems. While there are many tools available for monitoring Elasticsearch, not all are created equal. Most standard tools offer only basic analysis and do not get to the heart of the problem. Given the complexity of Elasticsearch, this is inadequate in production, especially for operations at scale or those affecting customer experience.

Opster builds on its deep experience and knowledge of Elasticsearch as well as its analysis of countless Elasticsearch issues of all shapes and sizes. The solution is designed to get to the root of the problem, resolve it, and prevent recurrence. Moreover, Opster’s solution protects operations from issues your team hasn’t even encountered yet.

Any cookies that may not be particularly necessary for the website to function and is used specifically to collect user personal data via analytics, ads, other embedded contents are termed as non-necessary cookies. It is mandatory to procure user consent prior to running these cookies on your website.